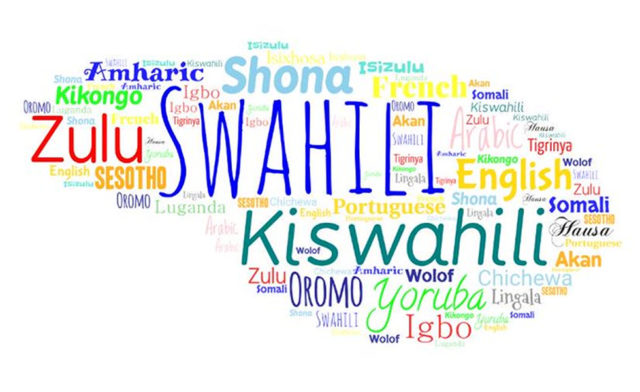 Kiswahili (or Swahili) is an African language spoken mainly by the people of eastern and central Africa.

That is, people who live in Tanzania, Kenya, Uganda, Rwanda, Burundi, DRC, northern Malawi, northern Mozambique, northern Zambia and the Somali Republic. Although not widely as in the above-mentioned countries, Swahili is also used by some people in Congo Brazzaville, southern Sudan, the Comoros Islands, the northern part of Malagasy Republic, and the Persian Gulf states.

Thus, KiSwahili is the most widely spoken language of Eastern Africa and many world institutions have responded to its diaspora. It is one of the languages that feature in some world radio stations such as, the BBC, Radio Cairo (Egypt), the Voice of America (U.S.A.), Radio Deutsche Welle (Germany), Radio Moscow International (Russia), Radio Japan International, Radio China International, Radio Sudan, and Radio South Africa.

The Swahili language is also making its presence in the art world – in songs, theaters, movies and television programs. For example, the lyrics for the song titled “Liberian Girl” by Michael Jackson has Swahili phrases: “Nakupenda pia, nakutaka pia, mpenzi we!” (I love you too, I need you too, ooh…! dear!). The well-celebrated Disney movie, “The Lion King” features several Swahili words, for example, “Simba” (lion), “Rafiki” (friend), as the names of the characters. The KiSwahili phrase “Hakuna Matata” (No troubles or no problems) was also used in that movie.