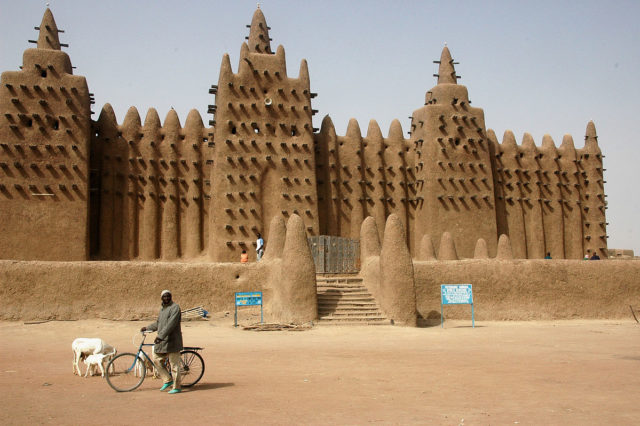 There certainly are many things to divide us, but there is one aspect of Africa that can’t be argued over our natural heritage. Proof of that can be found in the amount of UNESCO World Heritage Sites that we have spread out around our continent.

Here are a few top World Heritage sites around Africa that will allow a moment to appreciate our continent’s beauty and how privileged we really are to call it home. 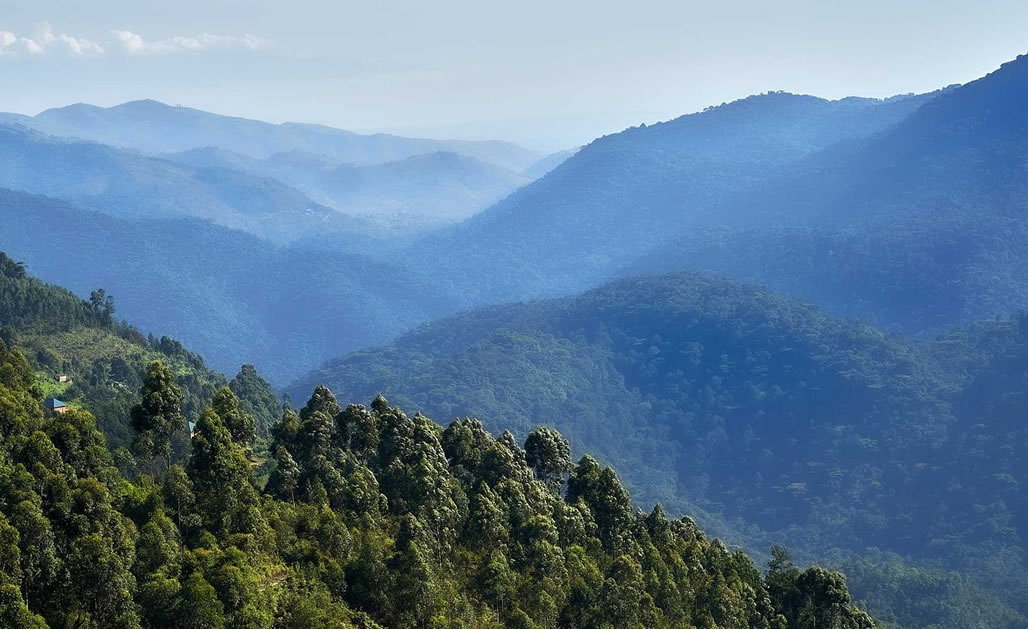 This isolated Bwindi Impenetrable National Park is the most diverse in East Africa, with more than 160 species of trees and 100 species of ferns. It gets its name from having a very dense cover of herbs, vines and shrubs, with steep ridges and slippery valleys. The terrain is difficult to explore, giving it a truly adventurous side. 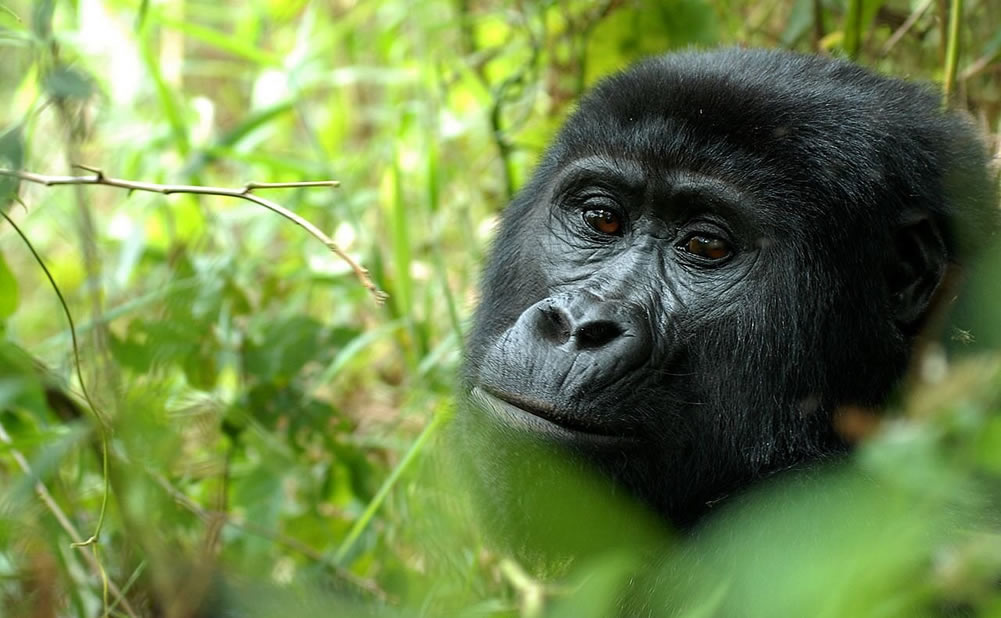 More than half of the world’s Mountain Gorilla population can be found here and you can go on a gorilla trekking expedition to observe them and see just how closely we’re related. 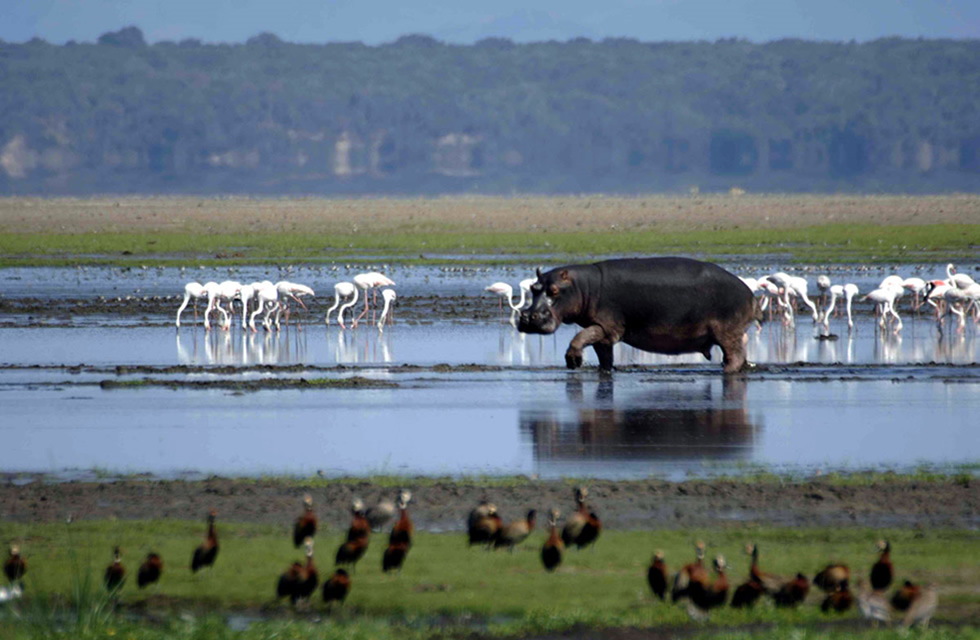 This 332 000 hectare park is South Africa’s first listed World Heritage Site and stretches from St. Lucia, along with the East Coast and all the way to the border of Mozambique. The area boasts three major lake systems, eight interlinking ecosystems and about 220km of beaches.

Appreciate this: Here you’ll find most of the country’s remaining swamp forests and coastal dunes that are about 25 000 years old. 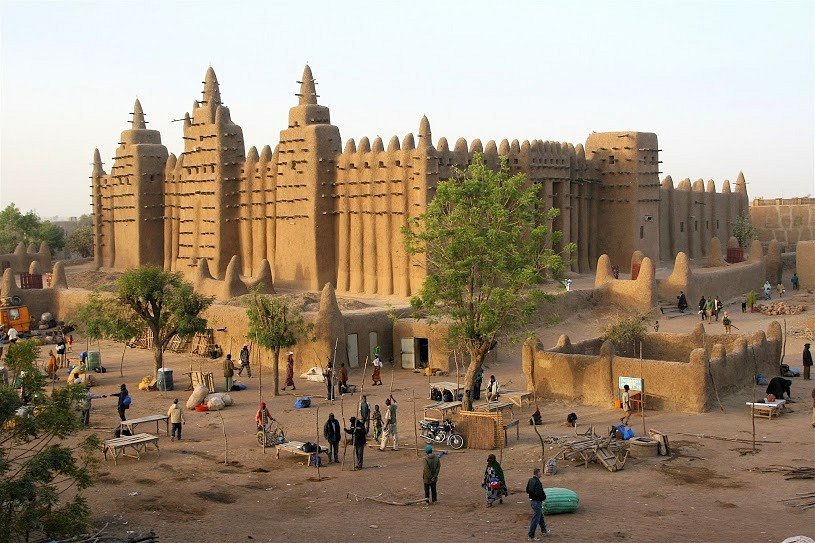 Situated in Mali, these towns have been inhabited since as early as 250 B.C. They consist of four towns that are built almost entirely out of river mud. The market centre in Djenne was a very important link in the trans-Sahara gold trade of the 15th and 16th centuries. Certainly UNESCO standards.

Appreciate this: In Djenne, you’ll find the largest mud-built structure in the world, The Grande Mosque. It needs to be re-plastered every year because the mud is washed off a little every time it rains. 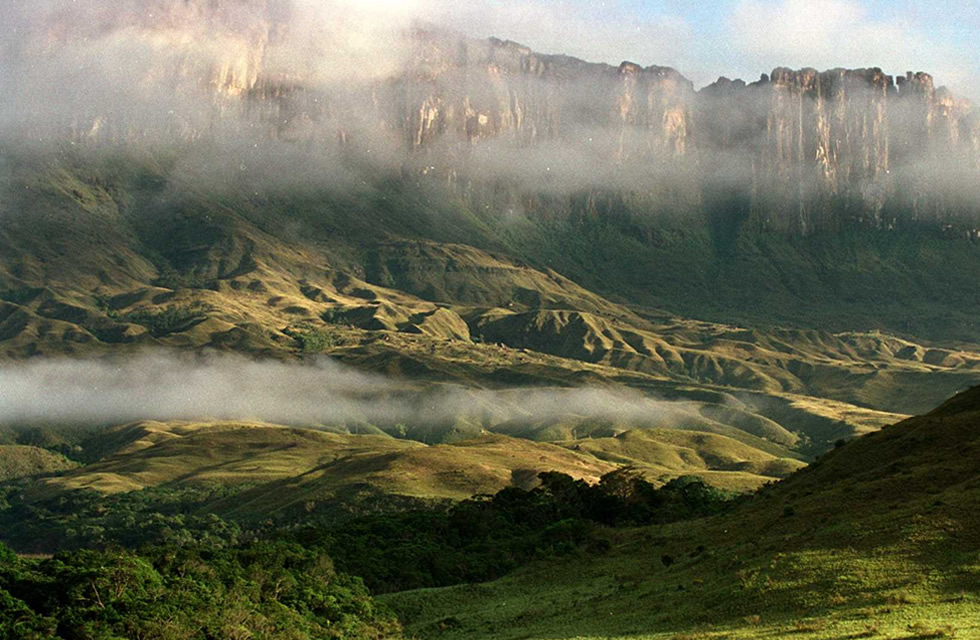 This vast site comprises six national parks spread along the eastern side of the island. The island separated itself more than 60 million years ago and since then the plants and animals have evolved in isolation. These forests have an incredibly high level of biodiversity and host the island’s rather unique ecosystems.

Appreciate this: This is the only place in the world where the Lemur is found – 25 species of Lemur, to be exact. 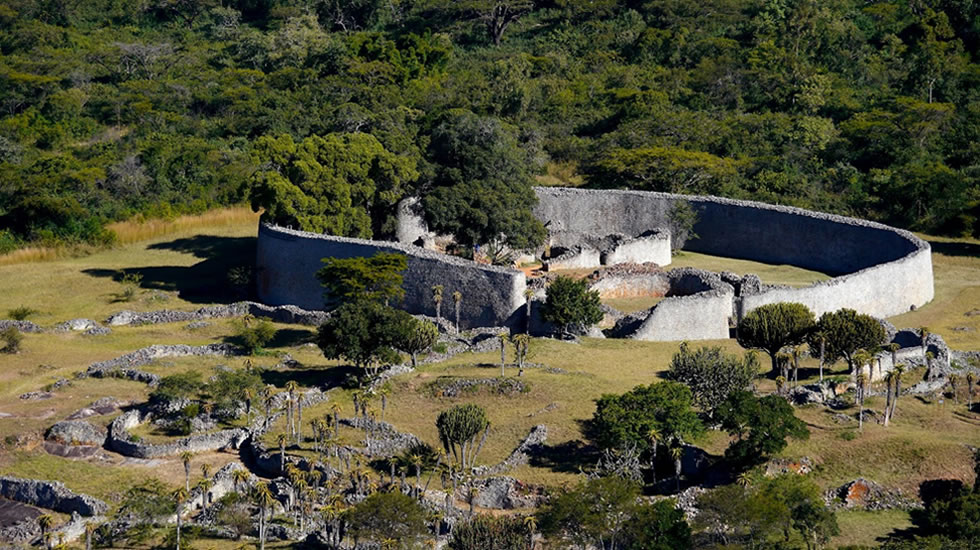 These ruins bear a unique testimony to the lost civilisation of the Shona, between the 11th and 15th centuries. It’s an ancient stone city that covers an area of about 80 hectares and the granite dry-stone walls took immense skill to construct. Builders even managed to incorporate massive granite boulders into some of the structures.

Appreciate this: An ancient legend tells that this used to be the capital of the Queen of Sheba.

This site joins South Africa, Zimbabwe and Botswana in the north and consists of a vast expanse of savanna at the confluence of the Limpopo and Shashe Rivers. But in the Iron Age, this site was a flourishing metropolis. Only in the 1930s did they discover an ancient grave filled with gold-work on the border of these three countries.

Appreciate this: Mapungubwe developed into the largest kingdom in the sub-continent before it was abandoned in the 14th century.

Three shallow lakes, Lake Nakuru, Lake Bogoria and Lake Elementaita are interlinked on this site and boast some of the highest bird diversities in the word. It is the single most important foraging site for the lesser flamingo and is also a major nesting ground for the great white pelicans. The area also has a sizeable population of black rhino, Rothschild’s giraffe and African wild dog. 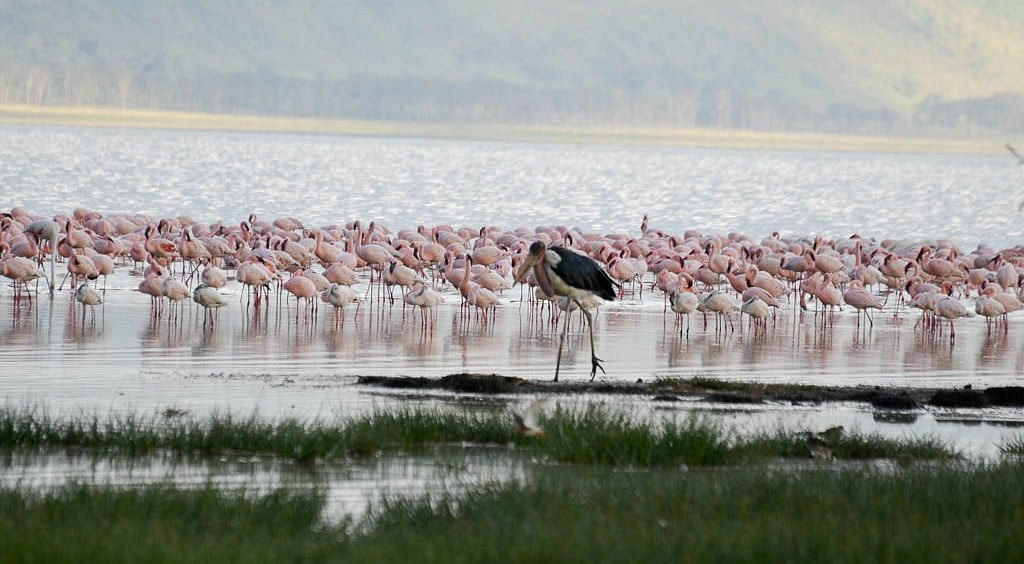 If you stand overlooking Lake Nakuru, the edge of the lake is literally coloured in pink by the vast population of flamingos. 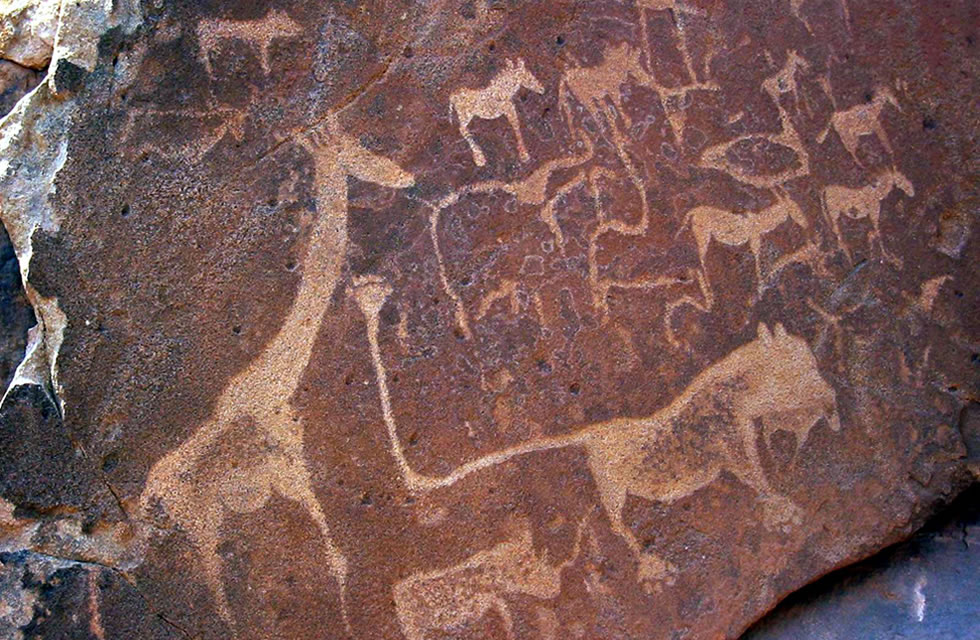 Situated in the historically significant Damaraland, this is the largest collection of rock engravings you’ll find anywhere in the world. The engravings are incredibly well preserved and feature elephants, ostrich and giraffe as well as human and animal footprints. This piece of cultural magnificence dates all the way back to the Late Stone Age.

Appreciate this: Most of the engravings depict rhinos, showing that even our ancestors admired these beautiful creatures. 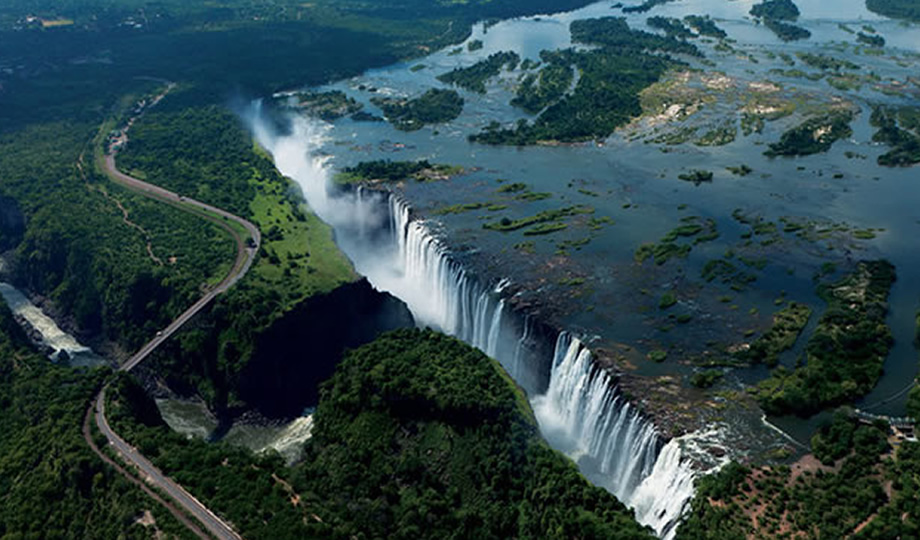 Otherwise knows as Mosi oa Tanya, or ‘The Smoke that Thunders’, this incredible site is located on the Zambezi River and marks the border between Zambia and Zimbabwe. Although the Falls are neither the highest not the widest, it is the largest sheet of falling water in the world. At this point, the Zambezi River is more than 2km wide. This might be one of our best known World Heritage Sites.

Appreciate this: The Victoria Falls Bridge was the first ever site to be visited on The Amazing Race. 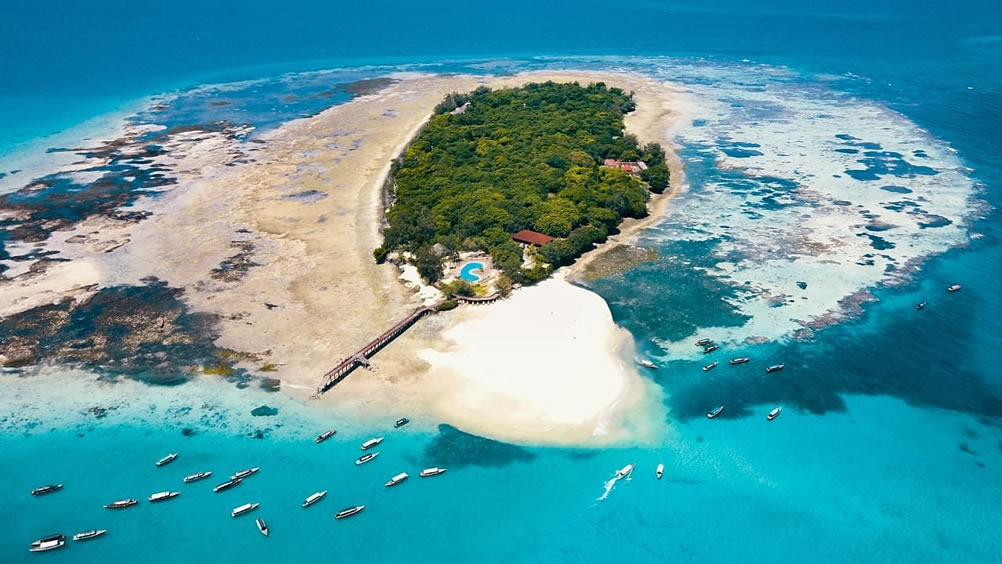 A fine example of Swahili coastal trading, the historic Stone Town hasn’t changed much over the last 200 years and is a beautiful, bustling meeting place on the island. Here you can see many historic buildings, like palaces of Sultans and grand Arab houses. The carved wooden doors show particularly skilled craftsmanship.

Appreciate this: Even though Stone Town could well have been a museum, it isn’t, and for the locals, this is home.

Have you visited any of these UNESCO World Heritage Sties? Which were you favourite, or do you have other African World Heritage Sites that you thought were amazing? Comment below.

10 Trendiest Places To Live In Africa